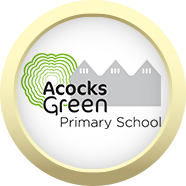 What exactly is an Academy?

In recent years many schools have either become an academy, are in the process of becoming one, or are considering it as an option for the future.

Following a private visit to school in 2012 by Sir Michael Wilshaw; the Chief Inspector of Schools In England and head of Ofsted; the Governing Body decided to investigate all options. The Governing Body carried out an extensive survey of all stakeholders and in April 2013 Acocks Green Primary School became a standalone Single Academy Trust.

What is a Single Academy Trust?

A SAT establishes its own academy trust to govern the academy and enters into a funding agreement with the Secretary of State for Education for the provision of funding to the academy trust.

Single Academy Trusts enjoy the usual freedoms expected from academy status such as autonomy and freedom from local authority control, an ability to set their own terms and conditions for staff, flexibility in the curriculum they provide and the length of the school day.  It has also provided our school with an opportunity to provide other schools, in need of help and assistance, with help from our own highly skilled staff - to date, we have deployed our co-ordinators for Maths, SENCO, Literacy and Data analysis in other schools. This sharing of knowledge and expertise continues, and we have also been able to help other schools with issues relating to management and financial management.

With freedom comes a great deal of accountability and Acocks Green Primary school prides itself on implementing rigorous checks and balances in all aspects of school life. The Academy is a charitable trust; limited by guarantee. The Academy has two layers of governance:

The functions of the members of the Academy Trust include:

What other types of Academy Trusts exist?

In general, there are 2 other models:

Where schools wish to convert as part of an umbrella trust they will each convert as a separate academy trust so that each school is set up in its own right, with its own governors, and with its own funding agreement with the Secretary of State for Education. Once each school has converted to academy status with its own academy trust they will then establish an umbrella trust formed by key staff from each of the schools. The schools will be joined together by the umbrella trust, which is populated and controlled at member and governor level by key staff from each of the newly established academies. Whilst the umbrella trust has a relationship with each of the academies, it does not have direct management of the schools. This structure is often used by schools that already have a relationship with each other or that have a similar ethos.

Should you wish to discuss any aspect of being an Academy, we would be delighted to hear from you. Please contact the school office on 0121 706 2165 and we will gladly make an appointment.

© 2021 Acocks Green Primary School.
Our school website, mobile app and podcasts are created using School Jotter, a Webanywhere product. [Administer Site]
We use cookies to provide you with the best experience on our website. Read our Privacy Policy to find out more.